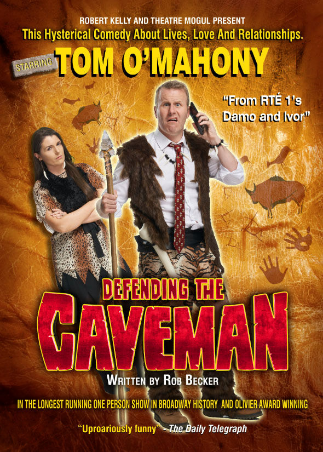 Have you ever wondered why men aren’t able to multitask? Or why women can’t drive “properly”? Wonder no more! Rob Becker’s Defending the Caveman, the longest running one-man show in Broadway history, is back to challenge and demystify the differences between the sexes.

Using psychology, sociology and plain old observational comedy, Defending the Caveman highlights the battle of the sexes – the stereotypical and yet, undisputedly true differences between men and women. Why do men greet each other with insults? Why does it take women so long to get ready? Why can’t men talk about their feelings, and why does it seem that women can’t stop? Defending the Caveman has become a peacemaker and a celebration of the differences between the opposite sex. Warning: Recommended for age 16+ years as some people may find the content offensive.

Booking information: Please note in the event of the main auditorium seating selling out, additional seats at the front may become available; these seats may restrict your view in Row A.