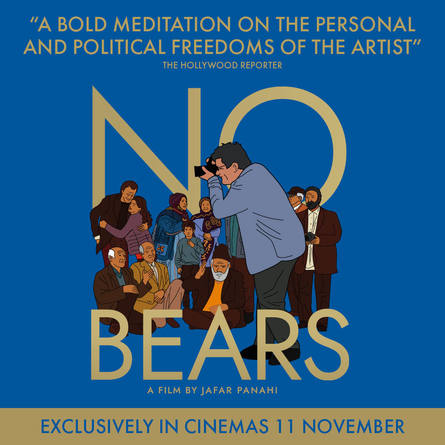 Director Jafar Panahi has long defied a filmmaking ban from Iranian authorities, creating masterpieces such as This Is Not A Film while under house arrest. In mid-2022, the filmmaker was jailed for six years on dubious propaganda charges. His latest film No Bears was completed shortly before his arrest, meaning it now arrives on screens with added urgency.

Here, Panahi plays a version of himself, remotely directing a film from a village near the Iran-Turkey border. As he grapples with pressure from his Turkey-based crew to sneak across the border, Panahi becomes unwittingly embroiled in a local dispute over a supposedly incriminating photograph that he may or may not have taken. No Bears is an often light-footed and humorous film - but rest assured Panahi still pulls no punches.