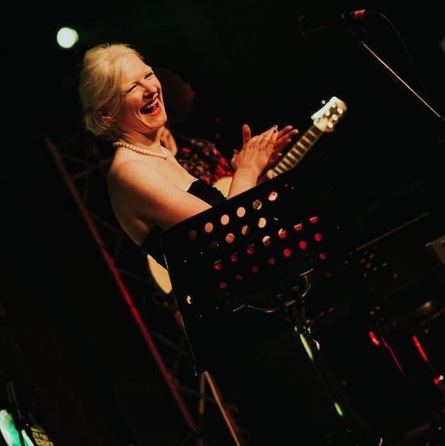 Back again after a stunning performance last October, FLive proudly present Victoria Geelan & Scott Flanagan – From Berlin to Berlin, in the Gallery Bar.

Hailing from Belfast in Northern Ireland, Scott Flanigan is one of the foremost keyboard players on the Irish jazz scene. He performs regularly across the United Kingdom, Ireland, France and Germany, and has recently performed with Van Morrison, the Ulster Orchestra, Larry Coryell, Jean Toussaint, Jim Mullen and Linley Hamilton. As a leader, Scott successfully tours his own contemporary piano trio, as well as a hard-swinging organ quartet. He also runs the popular Scott’s Jazz Club in East Belfast, a weekly jazz club bringing the best in Irish jazz to local audiences.

Victoria, originally from Omagh though now living in Derry, is a vocalist of jazz & singer of blues who has been working professionally as a singer in NI for over 5 years, playing to enamoured crowds from Derry’s Venue2013 to Belfast’s Grand Opera House.