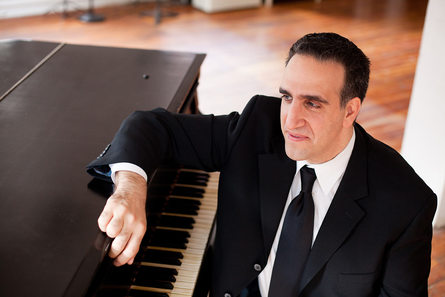 Join us this St Patrick’s Day weekend for a spot of laid back lunchtime entertainment.

Michael Kanan hails from Boston, Massachusetts where he first began to play the piano at age seven. During his years studying at Boston College, Michael had the opportunity to perform with several jazz greats including Tal Farlow, Lee Konitz, Al Cohn, and Alan Dawson. After graduating college and doing some freelance work around Boston, he moved to New York in 1991 where he soon established himself as a regular on the jazz scene. In 1996, he joined the band of legendary singer Jimmy Scott, touring the US, Europe, and Japan and recording four albums. In 2001, Michael became the accompanist and arranger for one of today's most celebrated vocalists, Jane Monheit. With Monheit's group, he has toured all over the world, recorded several albums and DVDs, and made many TV appearances, including The David Letterman Show and The Conan O'Brien Show.