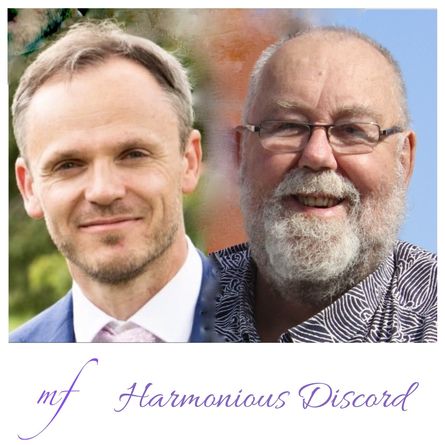 Richard Pierce describes how, from childhood onwards, his deliberate or accidental exposure to music, which seemed discordant at the time, led him to widen his musical taste and his enjoyment of life in general. Ashley Wass responds with relevant pianistic fireworks! Ashley Wass has already thrilled Ardhowen audiences with his amazing musical interpretation. He was winner of the London International Piano Competition in 1997 and is now the Director of Music at the Yehudi Menuhin School. He will play music by Messiaen, Ibert, Prokofiev, Schönberg, Stravinsky, Berg, Ligeti, Shostakovich. Richard Pierce, since his retirement as an architect, has been bringing enjoyment to Fermanagh audiences with his good-humoured, colourfully-illustrated talks on all the arts.