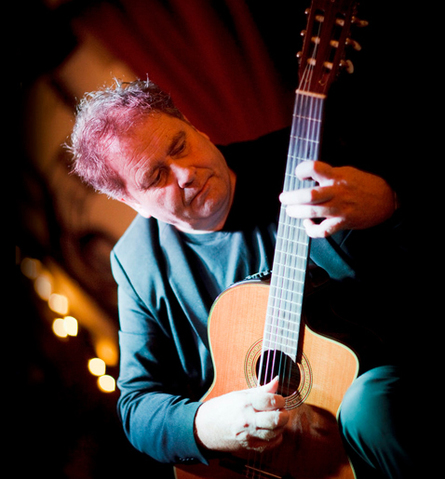 Pat Coldrick's session work and classical appearances have earned him the reputation of being one of the finest and most versatile guitarists in Ireland.

As well as his touring performances, he has appeared on National Radio and T.V. and studied with world renowned guitarists David Russell and Gabriel Esterellas. His music defies genre and appeals to a wide cross section of music lovers. While Pat plays his own arrangements of great classical pieces, it is his own compositions that sets him apart – pieces such as Lament, CityJam and Antarctica. To date Pat has produced two albums – Cayendo (2010) and CityJam (2014) to great critical acclaim.