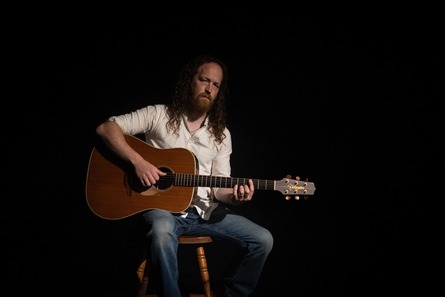 Paul Sherry is one of Northern Ireland's most respected musicians. An award-winning guitar player since the age of sixteen and husband to the infamous Grainne Duffy who he also performs with, he has just released his solo album titled 'Let It Flow' which has received album of the week on RTE Lyric FM and is currently getting regular airplay nationwide.

Performing with a number of music projects and touring internationally with his wife Grainne, 2022 will see Paul's busiest year to date!

His new album" Let It Flow" is a mixture of meditative acoustic with electric roots, rock songs. His raw rust and dust vocals and guitar playing live is a journey from acoustic to electric that flows from start to finish with energy, spirit and feel.

Gallery Bar performances are only suitable for 18+yrs.
Categories: #Music