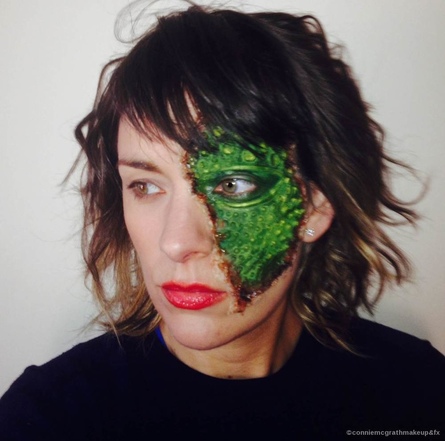 In partnership with Enniskillen Drama Festival we present a day of theatre-based masterclasses aimed at AS, A Level and Performing Arts students.

Whether you have been performing on-stage for years or simply want to start this is a great introductory class to professional acting techniques. Drama facilitator Hannah Reilly specialises in applied and physical theatre.

A workshop on stage combat; learn the secrets behind performing realistic looking combat moves onstage. Ian McCracken has been a stage combat tutor and fight director for 17 years. His fight directing credits include Robin Hood, Romeo & Juliet, and Sweeney Todd. He has also been Fight Captain for the Royal Opera House.

Gain insight into the world of special effects stage makeup and prosthetics, using specialist industry materials and techniques. Award winning makeup artist Connie McGrath is skilled in application of prosthetics makeup, having worked on a number of film and theatre productions.