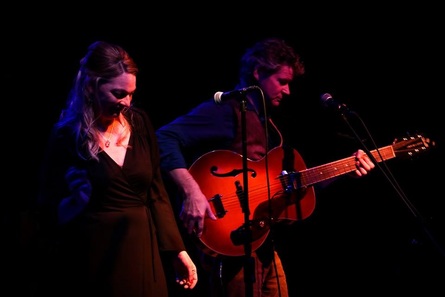 The Two Five Ones

The Two Five Ones are a jazz duo formed in 2016. Consisting of Dara MacGabhann vocals and Andy Hogg guitar & vocals, both of whom have enjoyed successful musical careers prior to their partnership. The Two Five One’s shows are packed with jazz and blues classics from the 1920s through to the 1950s and beyond and even feature some original compositions of the same genre. Currently recording their second studio album of original compositions, after the success of their debut album ‘Sentimental Journey’ which received national acclaim.

The duo performed in the Ardhowen Theatre live stream series during the Covid restrictions and are delighted to be returning to a live audience.